Wireless is great, it allows you to access your internet connection from anywhere. For years people had to sit within a cable length of their modem, but the onset of available Wifi options freed us from that restriction.  There are caveats of course, one of the major ones is security – your wireless signals are not confined to your home and can be potentially access from some distance with the right equipment.

Although it’s not possible to control who receives the signals, the data can be rendered unreadable by unauthorized parties. Three types of encryption are in wide use on wireless networks today, each with some variants…

In the near future, the 802.11i standard will also provide strong encryption based on AES-CCMP.

WEP (“Wired Equivalency Privacy”, NOT “Wireless Encryption Protocol” or one of the many other variations) has been around since the very first 802.11 standard.

It was designed by the IEEE and makes use of the RC4 encryption algorithm –the same one used in SSL. This makes WEP small, relatively fast, and easy to implement in hardware on most wireless NICs. Unfortunately, the original design of WEP makes it vulnerable to cracking –given sufficient time and data for analysis, a WEP key can often be discovered. 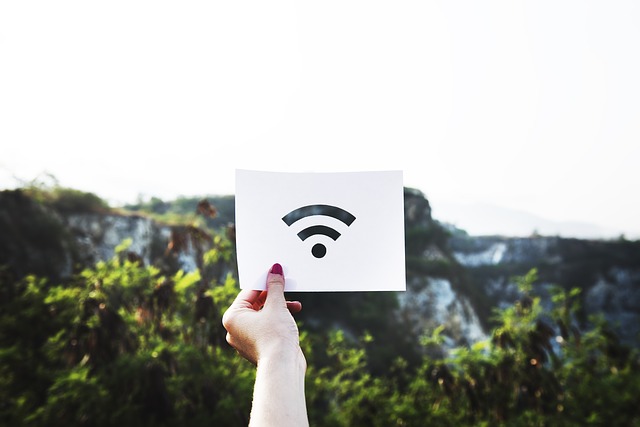 An Attacker Can Decrypt

Any data going across a Home Security systems wireless network. Although most modern WEP implementations are much less vulnerable to this cracking technique. Numerous flaws still exist in WEP that make it unsuitable for
anything other than a home network.

There are several tools in use for cracking WEP. Two of the early
tools, called

Run under Linux and rely on collecting a sufficient number of frames that use weak initialization vectors to eventually derive the key.

The initialization vector is part of the encryption algorithm, and a few certain patterns in the IV are known to weaken the encryption. Many modern 802.11 products will not generate packets with weak IVs, thus helping to ease the risk.

However, avoiding weak IVs also reduces the number of useful IV values and increases the likelihood of IV re-use –essentially trading one problem for another.

IDS products can monitor for weak IVs being generated by devices on the network and notify the network manager of the need for a firmware upgrade.   It can be difficult for an attacker to capture enough data to break the encryption but it’s possible,  For example people watching video and downloading will generate loads of traffic.  In many instances traffic doesn’t even go via a computer as some people stream direct to other devices such as in this example – How to Watch UK TV Online in Ireland previously people would use a VPN.  This would ass an extra layer of encryption however newer methods like using Smart DNS don’t encrypt the connection making it faster but easier to access from outside.

Weak IVs are not the only problem, however. Other vulnerabilities in WEP include the lack of anti-replay protection, the lack of a cryptographically strong message integrity check, a small number of possible IV values, and the fact that the actual WEP key is used to encrypt frames, exposing it to direct attack.

Features of the Robust Security Network (RSN) specified in WPA 802.11i are designed to overcome these weaknesses in WEP and Home security systems wireless.

Static WEP also generates the largest amount of data for analysis since the key remains the same day after day. Finally, static WEP presents a key distribution problem –because each device must be configured with the same WEP key, every device must be touched any time the key is changed – for example, because of an employee leaving the company.

A second form of WEP is known as dynamic WEP. In combination with 802.1x authentication, dynamic WEP allows a different key to be assigned to each user in the network, and provides for a key rotation interval that changes the key after a configured period of time.   These work perfectly with other layers of protection and allow efficient routing to other servers.  Indeed it’s useful to be able to route your connection through additional proxies for gaining access to services where you need a US residential IP for example.

While still leaving the Home Security systems wireless network vulnerable to certain types of packet injection attacks, is a much safer choice than static WEP for enterprises who are not yet ready to move to the next level in encryption

Microsoft has released updates for Windows XP to support WPA 1.0, and most NIC vendors have at least announced plans to support it, so WPA appears to be a viable contender to replace WEP. WPA is considered an interim standard, however –and will eventually be replaced by WPA 2.0 that will itself be based on the full 802.11i standard.