It’s always sold as a bit of a bonus, the fact that your IP address will rotate automatically without you doing anything. There are lots of rotating residential proxies for sale nowadays, indeed it’s only when you start to look for static addresses that you realise how rare they actually are !

Sure you can find a few dedicated proxies but often that refers to the hardware and not the actual IP addresses it uses to connect with.  Yet for many of us the automatic swapping of our IP address every few minutes doesn’t really sound like a bonus.    If you think logically the majority of us are using proxies and VPNs to  mimic user behaviour and keep our own identity secret.  So if you’re managing our Instagram account or trying to snag some extra tickets on Ticketmaster, then we would only need to swap IP addresses on every new identity. 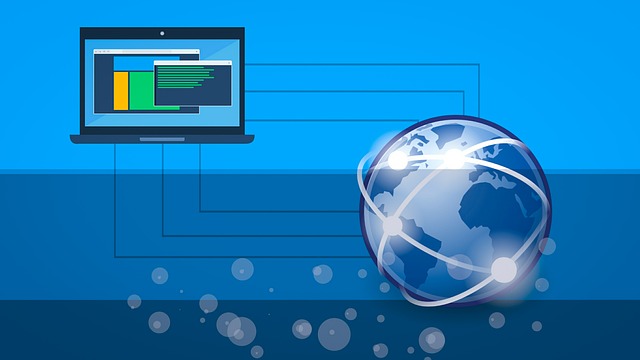 Yet using most rotating proxies you’ll find your address changes all the time.  There are some providers who give you a little more control, like for example the guys at Rotating Proxies but generally you won’t keep the same address for long.  The reason is that the rotation is not normally for your benefit it’s simply because of the way they source these IP addresses.

Residential IP addresses like mobile addresses are tough to get hold of, that’s partly why they are so valuable.  The normal route is to sign up with your local Internet service provider for a broadband account, then you’ll be assigned a residential IP address when you connect to their gateway.   That’s normally it, the supply of residential addresses is restricted to these providers which obviously won’t be able in large blocks to proxy service providers.

To get these addresses takes some effort, some companies lease them directly from users with fast internet connections, sign up for accounts themselves or perhaps have a few contacts within the ISPs themselves.  All these methods are extremely expensive and labour intensive which is why residential IP addresses cost so much.   Yet there are other ways to obtain much larger ranges of IP addresses which are registered residential.

As mentioned, it’s really difficult to get large amounts of residential addresses even with contacts and resources.  However over the last few years innovative methods have emerged which do make it possible.  Arguably the first company to develop this concept was someone called Luminati who developed a simple software VPN called Hola.  This was available for free all over the internet and soon had literally millions of users from all over the world.

Although the software was free to use and worked perfectly well, there was a hidden cost.  Tucked away in the terms and conditions of the software (which you’d never find unless you made a real effort) was a statement saying that you agreed to a proportion of your internet connection and bandwidth to be used while the software was active.   So when you fired up Hola VPN your connection instantly became part of an enormous P2P network.

This is the reason why Luminati has such a large network of residential IP addresses, they’re all residential computers using the Hola VPN.   Other companies have developed this idea and through offering various applications, computer software or services obtain the use of residential connections.   So for example,  a company will offer some sort of program or maybe a development kit and in exchange they’ll use their IP address and bandwidth when online.

The Illegal Variant of Creating a Residential IP Pool

Now of course although this business process is slightly dubious, especially when the majority of users have no idea that they’ve agreed to whore out their internet connections, it’s probably fairly legal. As long as those disclaimers and and requirements are listed somewhere in the terms and conditions then the companies can probably at least their defend their positions.

There is an even more dubious variant of this method that is increasing to grow exponentially over the last few years too. It’s to leverage the power of huge botnets which exist all over the internet. These are huge pools of mostly hacked and malware infected computers which can be controlled by a central owner. Normally used for operating DDOS (Distributed Denial of Service) attacks their operators have discovered another lucrative (and probably slightly safer) use of their hacked computer connections – that is renting them out for use in proxies and VPNs.

If the IP addresses are kept relatively clean and not used for spamming or attacks then they can be much more valuable used in this way. Proxy companies can pay for access to pools of residential IP addresses controlled on these vast botnets.

“Can I have a Static IP Address”

“Can I keep the same address for a month”

Remember anyone who’s using any of these ‘free methods’ of gaining access to residential IP addresses has very little control.  Even if they have direct access to the address pool then they’re dependent on what the clients do and how long they’re online.  A particular IP address is only available while the connection is valid, so there’s no direct control over anything other than the backconnect connection back to the proxy.